5 Tourist Circuits Of India To Witness The Wonders

Incredible India is renowned for having a rich culture that is evident in the country’s many different religions, landscapes, cuisine, and tourism attractions. Every state in this enormous nation, from Kashmir to Rameswaram and from Gujarat to Arunachal Pradesh, has a special and enigmatic quality about it that draws tourists from all over the world.

There are a few well-known tourist circuits in India that can give visitors a fantastic opportunity to fascinate themselves in the grandeur of this country, even though it is unquestionably true that you cannot explore the entire nation in only a few days or months. Therefore, we will assist you in the following article in learning about some of the most well-liked travel locations in this country.

The road between Delhi, Agra, and Jaipur is connected by an equilateral triangle known as the “golden triangle.” This is one of the greatest spots for travellers to stay in India because you can visit the most well-known locations in the north of the country while travelling through three different states. To complete this circuit in its entirety, you would need at least a week. The temples and forts are mostly recognised as the circuit’s highlights. The Red Fort, Qutub Minar, India Gate, Lotus Temple, and Chandni Chowk are all located in Delhi. The Taj Mahal, Agra Fort, and Fatehpur Sikri are three of the Mughal Empire’s most beautiful structures, and Agra is located in the state of Uttar Pradesh. The Hawa Mahal, Amer fort, City Palace, Jantar Mantar, Jal Mahal, and Nahargarh fort are just a few examples of the rich Rajput culture that can be seen in Jaipur, also known as the Pink City. One of the better travel routes for residing is this one.

In mediaeval India, this is one of the most well-liked tourist attractions. This circuit includes the towns of Jodhpur, Bikaner, and Jaisalmer. In Rajasthan’s three most beautiful cities, one may discover the rich Rajasthani culture. These locations have everything you need to make your journey exciting, including powerful forts, vast palaces, and opulent hotels.

The Himachal circuit consists of 5 locations that will give you the chance to see the majestic, snow-covered Himalayas in all its glory as well as lively, vibrant villages that are a wonderful blend of various ethnic groups, cultures, and languages that coexist together. Shimla, Kullu, Manali, Dalhousie, and Dharamshala are among the locations. Winter and spring are the greatest seasons to explore these locations because everything is peacefully budding. One of the most stunning spots to visit in Shimla is the Himalayan Nature Park, the Mall Road, the ridge, the Chadwick Falls, and the Jhaku Temple. Great valleys like the Solang valley and the pin valley are known to exist in Kullu and Manali. There are many different species of wildlife to be discovered in the vast Himalayan National Park.

With their large churches like the Saint Francis church and the same Jones in the wilderness church, Dalhousie and Dharamshala are rather religious and historic locations worth seeing. One of the most well-known lakes in India is the dal lake in Dharamshala. It may take 5 to 7 days to complete the entire journey.

One of India’s most picturesque regions is the northeast, popularly known as the “seven sisters of India” because it is made up of about 7 States. Assam, Arunachal Pradesh, Meghalaya, Shillong, Tripura, Nagaland, and Mizoram are among the states that make up this region. Each state has a unique culture and tongue. These states have Guwahati, Tawang, Kaziranga, Cherrapunji, and Shillong as possible travel destinations. They will be completed in around 9 to 10 days. One of the most picturesque destinations is Assam’s Kaziranga National Park and tea gardens. The Assamese rhinoceros is endemic to Kaziranga.

The second-largest Buddhist monastery in the world, Tawang Gompa, is situated in Arunachal Pradesh and is a fantastic place to visit. The wettest spot on Earth, Cherrapunji, is in Meghalaya. Tripura’s Agartala is a desirable vacation spot.

This trip route is the best one in India if you wish to carefully experience the life of Buddha. It includes Lumbini, Bodhgaya, Sarnath, and Kushinagar as its four stops. Buddha was born at Lumbini, and it was in Bodhgaya that he acquired enlightenment. 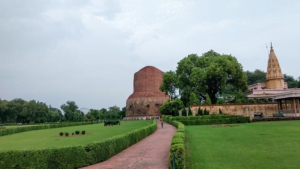 Both Sarnath and Khushi Nagar are the locations where Buddha delivered his sermons and found redemption. One of the most revered locations to visit is the Mahabodhi temple in Bodhgaya, home to the enormous people tree where Buddha obtained enlightenment. Lumbini’s Maya Devi temple is a serene place of prayer.

The Sarnath temple contains a variety of graves, Buddha statues, and chairs designed for students who desired to learn. It is the sole place where the teachings of the Buddha have been preserved. The Pari Nirvana stupa is in Kushinagar. In nine to ten days, the entire circuit can be completed.

India is a fantastic travel destination that is challenging to see in a short amount of time. among the best